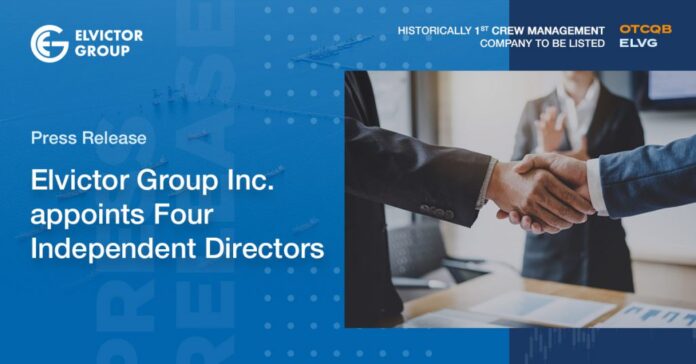 It is with great pleasure that we announce the following additions to the New Board of Directors of Elvictor Group. The four personalities that are joining us are Lampros Theodorou, Lambros Chahalis, George Xiradakis and Theodoros Nikolopoulos.

All of them have risen to great renown in the Maritime Industry, each in their own respective field, carving their name into its annals through merit and grit, having helped and counseled many a player throughout the decades.

Them joining our new venture is a testament to their wholehearted support of the vision of Elvictor Group and they are now here to lend their collective wisdom to ensure that the aforementioned vision comes to fruition and, as such, we are now more confident than ever of the robustness of the road we are now paving.

The Board of Directors: Independent Directors Appointment

Lambros Chahalis has 54 years of experience in the shipping sector. He joined the Board of Directors of Elvictor Group in 2020.

The period from 1966 to 1980 was that of his professional career at sea, starting as an apprentice engineer and rising all the way to chief engineer with the same shipping company, Orion & Global of the Goulandris Brothers, on board a number of their oil tankers. From 1980 to 1983, he served as superintended engineer with Troodos Shipping, in charge of VLCCs. From 1983 to 2016, he served in Bureau Veritas, Piraeus Branch, in a number of roles, getting gradually promoted through various managerial positions, examples being Marine Quality Manager, Piraeus Marine Manager for Greece, Malta, Cyprus & the Black Sea Region, Regional Marine Manager Delegate and Marine Department Manager for the aforementioned regions. He topped his career by becoming Regional Chief Executive for the Hellenic, Maltese, Cypriot and Black Sea Regions as well as the position of Vice President within the Marine and Offshore Division of Bureau Veritas.

In December 2016, Mr. Chahalis moved to pension. In June 2017, he was elected Governor of the International Propeller Club of the United States in the port of Piraeus, and upon his selection, he was entrusted with the position of Chair of the Club’s Maritime Committee. He is a fellow of SNAME, the Society of Naval Architects and Marine Engineers. In addition to those, Mr Chahalis has received a number of awards by various Shipping and Other entities, like the Lloyds List Greek Shipping Award and the French Government Silver and Gold Medals. In 1966, he graduated from the Archimedes Marine Academy for Merchant Marine Engineers. He is married with three children and currently resides in Piraeus, Greece.

George Xiradakis has more than 35 years of experience in the marine and maritime fields with specialisation in shipping finance and marine policy. He joined the Board of Directors of Elvictor Group in 2020.

The period from 1984 to 1989 was that of his professional career at sea, serving as a deck officer onboard various types of dry cargo vessels. From 1991 to 1994 he served as Credit Officer for Banque Franco-Hellenique de Commerce Internationale et Maritime. When the aforementioned bank was acquired by Credit Lyonnais in 1994, he became an Account Manager, a position he held for a year before moving to the HQ in Paris, where he rose to Vice President of the bank’s Shipping Group, assuming responsibilities as the Head of European Shipping Finance until 1997. In 1997, he returned back to Greece as Deputy General Manager of Credit Lyonnais Greece and Head of Shipping for Greece, the Middle East and India.

In 1999 he founded his own company, XRTC Business Consultants Ltd., which he runs to this day as Managing Director. His company has offered its services and represented a variety of International Banking and Shipping Institutions and Organizations, examples include Credit Lyonnais and Natixis. Immediately after the credit crisis of 2008, Mr. Xiradakis started involving himself and his company with the Chinese Ship Finance Market. His pioneering relationship with the China Development Bank led to the first international Chinese shipping loans to the Greek Market resulting in XRTC winning the Greek Shipping Financier of the Year by Lloyd’s List Greek Shipping Awards 2010. He serves as a Vice Presidency of the Greece-China Chamber and the Greece – China Friendship Association. Mr. Xiradakis is also the General Secretary of the Association of Banking and Financial Executives of Hellenic Shipping, the 3rd Vice President of the International Propeller Club of USA and Honorary President Emeritus of the International Propeller Club of Piraeus. He is also a member of the Marine Club of Piraeus and the Mediterranean Committee of the China Classification Society. He was a member of the Board of Directors of DryShips Inc. (NASDAQ: DRYS) from 2008 to 2015, Aries Maritime SA (NASDAQ: Aries) from 2008 to 2009 and Paragon Shipping Inc. (NASDAQ: PRGN) from 2009 till 2020.

In 1984, he graduated from the Nautical Marine Academy of Aspropyrgos, Athens, and received a Postgraduate Diploma in Commercial Operations of Shipping in 1990 from the City of London Polytechnic (currently London Metropolitan University) and an MSci in Maritime Studies in 1991 from the College of Cardiff, University of Wales. He is married with two children and currently resides in Athens, Greece.

Lampros Theodorou has 38 years of experience in the banking sector. He joined the Board of Directors of Elvictor Group in 2020.

He has held executive positions in various banks in Athens, Greece. From 1994 to 2013, Mr. Theodorou served as the Deputy General Manager and Head of the Shipping Unit of EFG Eurobank S.A. Prior to this, Mr. Theodorou held the position of Vice-President and Piraeus Shipping Manager of the Shipping Department of The Chase Manhattan Bank N.A., while before, held various managerial positions in the corporate departments of the bank, in Frankfurt, London and Athens. From 2014, he is involved with Garnet & Associates Inc., whose purpose is consulting shipping companies on an array of matters. From 2015 to 2016 he served in the Board of Directors of Paragon Shipping Inc. (PRGNF) as a non-executive director as well as a member in the Audit committee. From 2016 to 2019 he served as a non-executive Director in the Board of Directors of Navios Maritime Partners LLP (NM) and as a member of the Audit, Conflicts and Compensation committees.

In 1971, Mr. Theodorou graduated from the University of Piraeus in Greece with a Bachelor in Business Administration, while in 1973 he was granted with a diploma in Management from the Graduate School of Commerce and Business Studies of Athens in Greece. In 1975, Mr. Theodorou was awarded a Master of Science in Business Operations from the University of Arkansas in the United States of America. He is married with three children and currently resides in Monte Carlo, Principality of Monaco.

Theodoros Nikolopoulos has 20 years of experience in the finance sector, with 14 of those in managerial positions.

From 2006 to 2011, he served as the Head of Finance, Operations and Treasury of AKTOR SA, a role which involved a number of important responsibilities including strategic direction setting for the Middle East and overseeing its financial and risk related activities, ensuring favorable business conditions. From 2011 to 2012, he worked in Frigoglass S.A.I.C. as a Group Commercial Manager, where he was effective in sourcing prospective clients establishing new banking facilities and refinancing existing loans, among others. From 2012 to 2017, Mr Nikolopoulos served as the Chief Financial Officer (CFO) for Vermantia, where increasing the gross profit, reducing the debt, developing and implementing an effective risk management policy, are a few examples of his achievements.

In 2017, he joined SRH Marine SAIT as the Group’s CFO, rising in 2020 to the position of Managing Director (MD) of the Group. In 2005, Mr. Nikolopoulos was awarded a BA in Economics from the University of the West of England, Bristol, receiving the Keith Bones memorial prize and in 2006 an MSc in Finance from Imperial College Business School, London, receiving the ABN-AMRO Entrepreneurship Prize 2006. He is married with three children and currently resides in Athens, Greece. 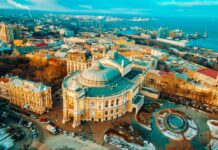 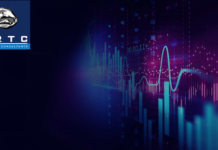 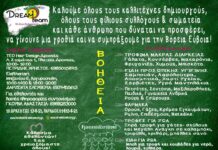